The one thing you can say with certainty about the world today is that it is changing so quickly that very little is truly certain. The last hundred years have seen significant changes in nearly every industry. Modernization happens fast and with it comes great benefit to our society. Unfortunately, this benefit is often coupled with the loss of skilled labor, hand crafted goods, and traditional techniques. As sad as we at Serafian’s are to say it, weaving is proving to be no exception to this.

Right now, the question is not “Will traditional hand-weaving die off?” so much as it is “When and how will hand-weaving die off?” In the last ten years alone, we have seen significant dropoff in production from China, Persia (Iran), and India. The internet has changed the game of retail in ways few could have predicted. The impact of globalization is being felt keenly by the weaving industry. War, politics, and economics have created vast changes and challenges and there is little doubt that weaving has been heavily impacted by these factors. By far, the biggest factor in this change is the blooming and modernizing economies of the Middle and Far East.

Economic realities change fast. This is doubly true for countries with emerging economies. As an art form, weaving is very time consuming. Rugs are built literally one knot at a time, each thoughtfully placed and tied in by hand. A large hand woven rug can easily take over a year to make. By contrast, that same rug may only ever command a top price of a few thousand dollars. When you take into account the markups of various retailers and wholesalers, for an entire year’s worth of work, a skilled weaver may end up taking home less than one thousand dollars. It becomes easy to see how in a burgeoning economy the job of weaving eventually makes less and less sense.

On the other side of the coin, but equally devastating to the hand weaving industry, are machine woven rugs. A large machine woven rug can be finished in a matter of hours instead of months or years. A machine woven rug will easily cost a third or less the price of a similarly sized hand woven rug. While the quality is not the same, their rapid, repetitive, and commoditized production actually lends itself to our modern internet driven marketplace. This creates even further pressure on the hand weaving industry, forcing many weavers to look elsewhere for employment.

While it is difficult to predict exactly when hand weaving will die out, it is easy to see its end on the horizon. There aren’t many art forms out there that are as time consuming and labor intensive and weaving. With so much time and effort behind the weaving industry, modernization, simplification, and change become inevitable. While it will be sad to see these treasures of the middle East disappear, it is easy to understand the forces behind this change. Time keeps moving forward, the world keeps changing, and one thing that is certain certain is that the weaving industry will change with it. 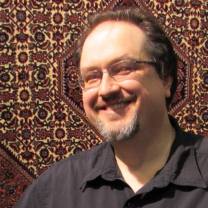