Persia (or Iran) has long been the center for weaving innovation in the Middle East. A huge variety of rug types, qualities, and traditions come from this diverse country. Among the most famous and highest quality Persian Rugs are Tabriz. Tabriz is a major city in the Northwestern, Azerbaijan region of Iran, very close to the Caspian Sea. Even from Tabriz a large number of rugs have been created. Today, we are going to go over the most common three Tabriz rugs, Mahi, Nachsche, and Taba.

Mahi Tabriz are by far the most sought after and traditional of Tabriz carpets. There are three main parts to this pattern, the overarching pattern, the detailed field pattern, and the border. Each has its own story. The overarching design is a simple medallion pattern that starts in the center of the rug and emanates outward. This part of the design represents the concentric circles formed by dropping a pebble into a still pond.

For the more detailed field design, Mahi Tabriz use a traditional Herati, or “fish”, pattern. This consists of a diamond with four opposing oak leaves. Continuing out from the oak leaves, the design repeats itself with the leaves mirroring their image around a small flower. This pattern represents a fisherman in his boat and two fish swimming around the reflection of the moon.

The third and final part of the design is the border, which can vary from one Mahi to the next, but most commonly uses the Sammovar pattern. Sometimes called the “Turtle and Crab” border, this border uses large floral motifs that look like and represent a swimming sea turtle and a crabs claws.

While Mahi Tabriz can be done in a wide variety of qualities, most are woven using exceptional materials and have very high knot counts. As such, these rugs have earned themselves a reputation for being some of the best in the world.

One of the more popular types of Tabriz is known as Nachshe. Where some Tabriz rugs use small repeating motifs, Nachsche use more colorful, open, floral motifs. They typically have strong central medallions, long flowing tendrils (known as Islimi), and many groups of small flowers. Very commonly, silk is woven into these rugs as a highlight color. These rugs are almost always woven at very high knot counts, generally starting at 250 knots/inch and going as high as 500 knots/inch or more.

Nachshe approximately translates to “cartoon”, or “pattern” in English. Originally these rugs were being woven to emulate some of the motifs and design elements of European rugs. The people of Tabriz used hand drawn patterns or “cartoons” as their basis for this, hence the name, Nacshe. Today, the Iranian people have truly adopted this style into their weaving lexicon. In fact, Nacshe Tabriz may be the most popular type of rug sold in Iran.

Lastly we have Tabba Tabriz. A type of rug that was developed and popularized in the late 1960’s and early 1970’s.  In truth, Taba are not actually Tabriz, rather they are woven in the city of Tabas.  However, since they often use Tabriz designs and motifs, they earned the name Tabriz.

Taba tabriz are very distinctly different from their other Tabriz cousins. A typical color palette for Taba consists of Ivory, Orange, and Mint Green. Most are woven more coarsely, with knot counts ranging from the mid eighties on up to around 150 knots/inch. They also tend to use wool that doesn’t hold up as well when compared to other Tabriz. During the 1970’s a lot of Taba were woven, so it is common to see them today. However, they tend to wear out more quickly and will likely not have the same longevity or long term value of other Tabriz. This is not to say that they are bad rugs, but rather that other, and in fact most, Tabriz rugs are exceptional. 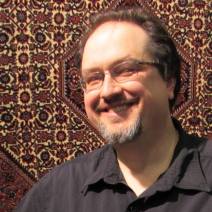